skip to main | skip to sidebar

A Prayer for Rifqa 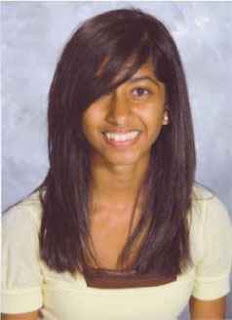 A Prayer for Rifqa

Rifqa Bary a 17 year old Sri-Lankan young lady from New Albany, Ohio who converted from Islam to Christianity, needs our prayers. Please pray that the Lord intercedes, and allows her to remain in the State of Florida where she fled for refuge from her Muslim parents. On Friday, Agust 21, 09, the Florida courts ruled that they would allow her (a minor) to remain in foster care while investigations are conducted.

Rifqa Bary ran away from her parents Mohamed and Aysha Bary, because she feared her father would kill her for her recent conversion to Christianity. She hitchiked to Columbus, then took a bus to Orlando, Florida where she took refuge with Rev. Blake Lorenz, pastor and his wife Beverly, of the Orlando-based Global Revolution Church, whom she had met on the internet. She is now in protective custody with Florida's Department of Children and Families. Her parents want her returned home to Ohio, but, Rifqa fears for her life, since in Muslim Sharia Law all converts to Christianity are heretics, and are instructed by the Koran to be killed.

We must pray fervently for this young lady to remain in protective custody, or foster care in the State of Florida, so that she can exercise her religion. The Florida courts will ultimately rule wheter she remains or is returned to Ohio.

"Those who cannot learn from history are doomed
to repeat it." George Santayana.

Many Americans have a disdain for history, and can only remember what they had for breakfast. or what they did last weekend. However, we can not forget the case of Elian Gonzalez, the Cuban boy who was rescued at sea (when his mother drowned trying to reach Florida), and was eventually (rescued from his uncle's home in Miami, Florida) apprehended by Immigration and Naturalization authorities in a manner reminiscent of a storm trooper assaultc; He was returned to his father who (was flown from Cuba) was waiting in Washington D.C. in 2000. Nor can we forget the case of the two Dallas-area sisters, 17 and 18 year olds, that were murdered last year by their Egytian father (still at large and is believed to have fled the country) because they dated non-Muslim boys.

How quickly we forget?
Practically all have forgotten why the first non-native settlers (Europeans) came to what we now call the United States; It was to escape religious persecution, and the tyranny of the Church of England, and its latent ally the Roman Catholic Church. Fastforward - 400 years and the descendants, and beneficiaries of the Pilgrim's Voyage for Freedom, can see that religious tyrants have come to its shores to impose the same tyranical, despotic beliefs that the Pilgrim fathers fled from in England; This time, these religious zealots are not from Europe, but, are from Asia (where there is no religious freedom or a tradition of tolerance). That's why after its independence from Great Britain in 1947, the Vice-Royalty of India was divided into India, West Pakistan (Bangladesh), East Pakistan (Pakistan), Ceylon (Sri Lanka), etc.; Because of the different religions: Hindu, Muslim, Sikh, Jain , Farsi, and Bhuddist.
Please pray for Rifqa
May the Lord provide her protection, and allow her to discover and remain in His love; Afterall, the God of Abraham, Issac , and Israel is the God of all, not just Christians. Jesus died for everyone's sins, even the one's of those from Sri Lanka!

BTW: I believe her full name is Fatimah Rifqa Bary. Fatimah as in Fatimah of Muslim history: a daughter of the Islamic prophet Muhammad from his first wife Khadija; (She is regarded by Muslims as an exemplar for men and women.); Also, Our Lady of Fatima of Portugal, of the 1917 (three peasant children Lúcia Santos and her cousins, siblings Jacinta and Francisco Marto. ) Mary apparitions...
.
Posted by Arsenio A. Lembert Jr. at 11:36 AM 3 comments: 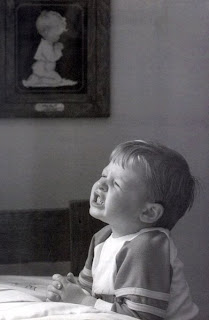 HE Listens to our Prayers

"LORD, thou hast heard the desire of the humble: thou wilt prepare their heart, thou wilt cause thine ear to hear"... Psalms 10:17